Tonight is my son’s Prom.   It’s hard to believe, but 28 years ago tonight was also my first Prom and my first date with J.
Who knew that 28 years later, I’d still be with him.  It’s shocking actually.  Why?  Well, I didn’t really like him much at the time.  He was an ass - outspoken and rude.   The only reason I agreed to go to the Prom with J was that he had a car.  Shallow I know, but it sure beat the other option of getting “dropped off” by my parents and waiting for my date to get dropped off by his.   Turns out, being a giant ass was just part of the charade to get me to notice him.   Don’t get me wrong, he’s still an ass, but on a slightly less offensive and irritating scale…most of the time…
Anyhow, I will be leaving work early in order to make sure my son has dealt with the minor details of the evening.   He’s not one for the details, i.e. picking up his girlfriend’s corsage, putting on matching socks (he thinks white socks are perfectly acceptable with his tux), posing for pictures, etc. etc.   Actually his getting annoyed with all the details and our conversation this morning went something like this:
The Boy:   This prom thing is a lot of work and I don’t see what all the fuss is about.  What a waste of time and money.  It’s stressing me out.
Me:   Whose time and money are you talking about?  By the way, you don’t know the first thing about stress.
The Boy:   My time.  Your money and  I DO know what stress is and right now, you’re giving it to me.
Me:   Whatever…
The Boy:  I love you.  Can I have some money for lunch?
Ahhh, kids…gotta love them.
And a reminder - if you haven't already done so, please be sure to enter my giveaway - a winner will be announced on June 2nd.
Giveaway Matching Socks Prom Night Son Tuxedo

Simply Suthern said…
My daughter did her Prom thing 2 weeks ago. The wife told me the cost of the dress wernt none of my concern. LOL Cha-ching cha-ching.

I didnt go to a prom in high school. I was too rednecky and I regret it now.

JennAventures said…
He's gonna get an education in Stress. LOL. and not at Prom. in college, in being employed, in life. I wish I appreciated how stress free life wsa in highschool.
May 28, 2010 at 12:17 PM

CrazyCris said…
No Prom for me! That's definitely a North American thing... we did have an all-night party my senior year in a disco, which ended with breakfast at school with the director giving us a speech and handing out yearbooks and then mariachis (I was in Mexico, in a French school) and a water fight (including any teachers who dared join in the fun). But the party was always "going in groups", no dates, and I could only go for a few hours because I had the 2nd day of my Spanish university entrance exams the next morning! Had the order of my tests been reversed I would have pulled an all-nighter and said "whatever!" (first day was English -always aced it- and Spanish grammar which I was always going to flunk 'cause hadn't studied it to the degree they do in Spain; but the 2nd day was all the Science... had to be well rested for that.)

Sigh! These events always make me a bit nostalgic for something I didn't get to experience... But then I remember that I probably got a better education than most in people in public schools in the US... pffffft...

Sarah said…
Gosh, more than 10 years ago since my prom! Long time ago! Good luck with that!

Also, sorry that the book you read sucked so much! I can't believe you read the whole thing! I would have quit long ago! I am generally not a quitter when it comes to reading but if it sucks, gotta let it go (for me at least).

Krissy said…
Prom is so much work! I only went to one of mine. I have two girls, though, so I'm dreading that!!! LOL I hope he has fun!

Following from Follow Me Friday. :) I hope you can visit and follow me as well!! Have a great weekend! 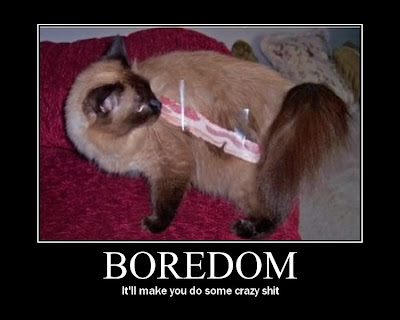 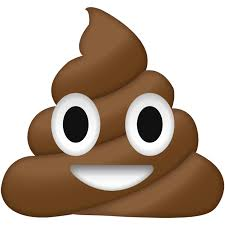